The U.S. Department of Transportation’s (USDOT) Federal Transit Administration (FTA) today recognized the exemplary efforts of 10 transit agencies to combat climate change through its Sustainable Transit for a Healthy Planet initiative, including the first transit agency to meet its goal for a 100% electric fleet. Thanks to President Biden’s Bipartisan Infrastructure Law, in the coming years even more transit agencies will be able to buy American-made zero-emission buses, which will both cut emissions and save money for agencies over the life of the fleet.

FTA presented the awards today, the 52nd celebration of Earth Day, in coordination with other efforts undertaken across USDOT to reduce greenhouse gas (GHG) emissions in the transportation sector, which is the number one source of emissions in the U.S. economy. Transit, and especially low- and no-emission transit, is key to quickly ramping up efforts to address climate change.

Created in June 2021 to help advance President Biden’s ambitious GHG reduction goals, the FTA’s Climate Challenge calls on transit agencies to develop strategies to reduce emissions, such as converting fleets to electric buses, making facilities more energy efficient, and generating power through renewable energy sources. Although the transportation sector is the leading emitter of GHGs in the United States each year, the transit industry has long been at the forefront in reducing emissions. A total of 171 transit agencies from Maine to Hawaii signed on to participate in the FTA Climate Challenge. Throughout the year, FTA helped participants advance their goals with technical resources, targeted listening sessions, and peer exchanges.

“Transit agencies across the country are greening their fleets, hardening critical infrastructure, and transitioning their workforces to reduce the disproportionate impacts of a warming climate on their communities,” said FTA Administrator Nuria Fernandez. “We know that transportation is responsible for more greenhouse gases than any other industry. Transit is one of the keys to changing that, addressing the climate crisis by taking cars off the road and electrifying vehicles nationwide. Through the Climate Challenge, FTA is working to make transit even greener.”

Investing in climate friendly technologies and operations can help transit agencies save money. For example, Antelope Valley Transit Authority in Lancaster, Calif., reported a savings of $2.3 million after converting its bus fleet to all electric, largely thanks to saving 1,750,000 gallons of diesel fuel.

FTA’s Buy America provisions mean that when transit agencies purchase low and no emissions buses, charging equipment and other tools to reduce emissions they are supporting American manufacturing.

Awardees, chosen across eight categories, include:

FTA today also launched phase two of the Climate Challenge, which seeks to increase participation and focuses on electrification or zero-emission transition plans to achieve the President’s GHG emissions goals. More information about phase two can be found here. 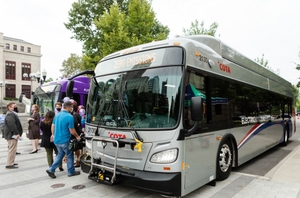 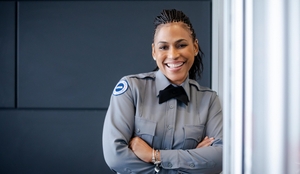 COTA Named to Parity.org’s Best Companies for Women to Advance List for Second Year in a Row